The Zoo Story by Edward Albee

When THEAMA approached Edward Albee requesting the rights to stage this production, the renown American playwright offered the rights freely to THEAMA in support of the equal participation of the disabled in the performing arts.

The play has been televised and broadcasted by the Greek National TV Station (ERT).

This one-act play is about two characters, Peter and Jerry. Peter is a middle-class publisher, with a wife, two daughters, two cats and two parrots, who lives by the standard of “the patriarch of the family.” Jerry is an isolated, marginalised character who lives in a slum. The men meet on a “bench” in New York’s Central Park. Jerry seeks a meaningful conversation with a man. Throughout the play, Jerry tries to explain to Peter the reason behind his visit to the zoo.

Power relations. Jerry has an authoritarian demeanour and aims to captivate and enslave Peter ‘s character and personality. Two different and self-existent people act and interact in a “showcase” context, in the image they have of themselves and others. THEAMA highlights the claim of the disabled to their rights and social standing, the ’bench’ becomes the wheelchair with its symbolic extension to a “throne”. A battle for the right prize. 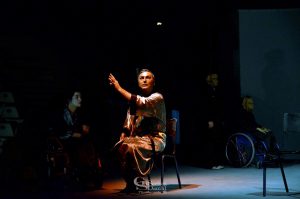 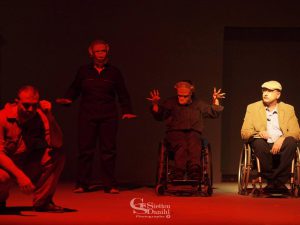 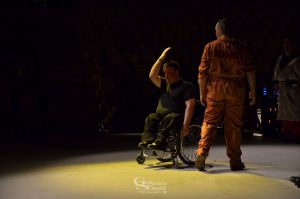 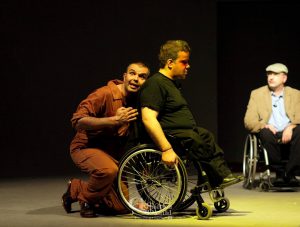 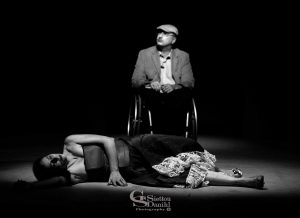 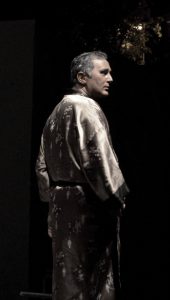 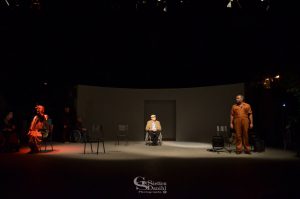 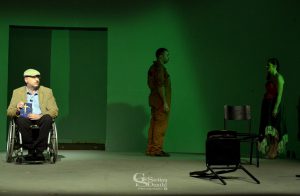